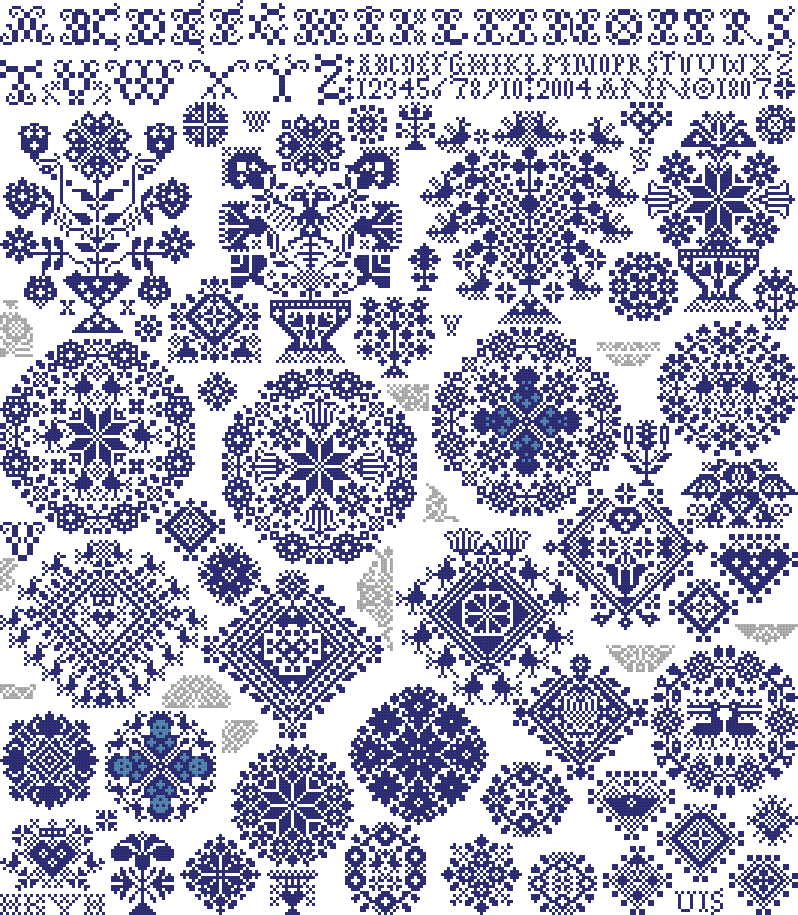 Based on an illustration in the book "A Treasury of Embroidery Designs", I made copies and enlargements to reconstruct the old sampler from the Cooper-Hewitt Museum in New York, and to use it as a cross stitch pattern. The sampler originally comes from an area in in Germany called "Vierlande". The Vierlande are at the gates of Hamburg famous for growing vegetable. Between 1770 and 1840 around 70 of these very special patterns were embroidered in four neighboring villages. It is amazing where the interesting Vierlande patterns ended up.