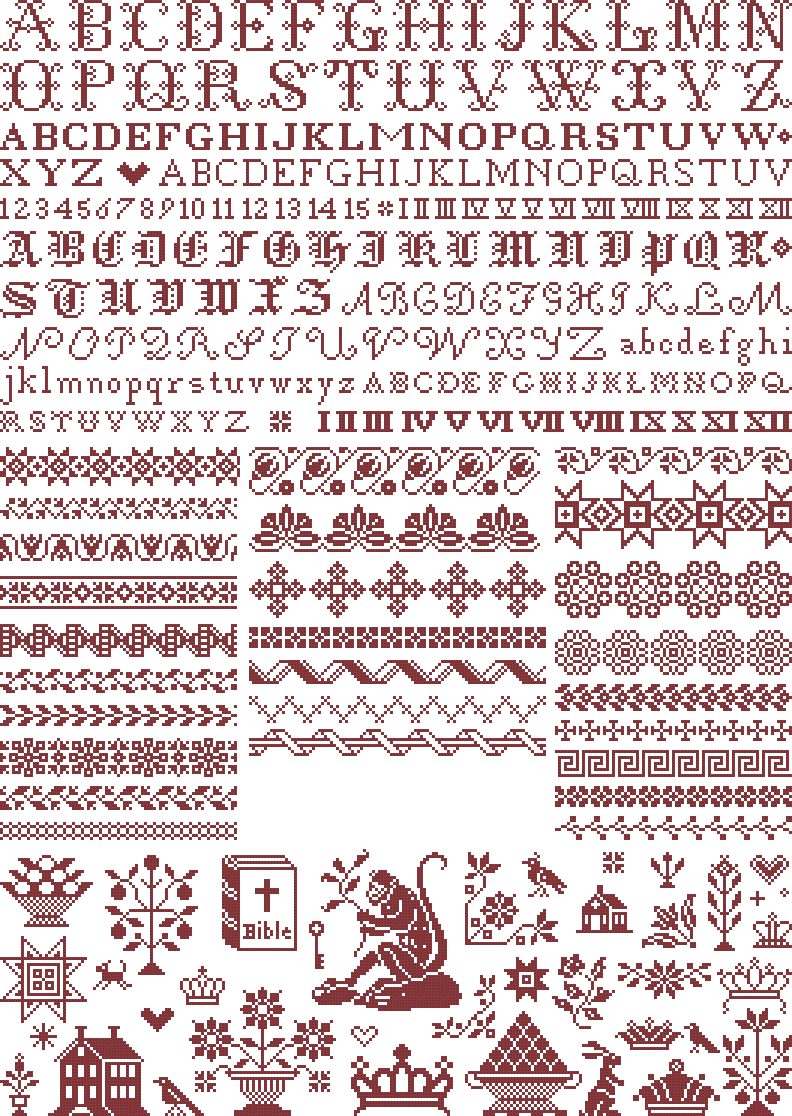 The redwork Bristol orphanage samplers were one of the reasons for me to start Modern Folk Embroidery and for choosing to create mainly monochrome samplers. I was in love with them ever since I first saw the first sampler, and this design is an homage to the girls who originally stitched these beautiful designs.
Back in 1836 George Müller and his wife Mary Groves started with the idea of an orphan house in Bristol. Müller, a Prussian evangelist who had come to England several years before, found quickly that the original space rented for the orphanage was too small, and more spaces were rented. In the 1840s, Müller managed to procure a plot of land at Ashley Down, north of Bristol. The New Orphan House opened its doors in 1849.
The Bristol Orphanage ran fully on charity, and as such, materials for the girls to stitch on were scarce. Threads and needles would be donated, and the groundcloth girls would use for their samplers would mostly be repurposed bed-linens that could not be mended any further. This meant that the stitching that was done in the orphanage was extremely fine: most samplers have a stitch count somewhere between 60 and 80 threads per inch!
Much more detailed information can be found at Claudia Dutcher Kistler’s wonderful website www.bristolsamplers.com. I would also highly recommend checking out Claudia’s website Dutch Treat Designs (www.dutchtreat.com), where you can find some wonderful original designs and reproductions!
My Bristol Monkey Sampler features all brand-new ornaments, and most of the alphabets were also designed by me - though heavily inspired by the Bristol samplers that were stitched up in the 1800s. The main design on my sampler is a very cheeky looking monkey, sitting on a rock and holding a branch. There’s a lot of symbolism behind the monkey - among them playfulness, laziness or the ability to mimic. And since I’ve mimicked the style of a traditional sampler, I thought the monkey would be a fitting animal!
Other elements commonly found on Bristol samplers were also adapted by me: there’s a bible, which is nearly always found on traditional samplers, little houses, birds, crowns, pots of flowers, corner elements and other small animals are dotted around. I’d like to think that the girls originally had a lot of fun deciding what they liked, and picked those elements for their samplers. I did the same in my design.