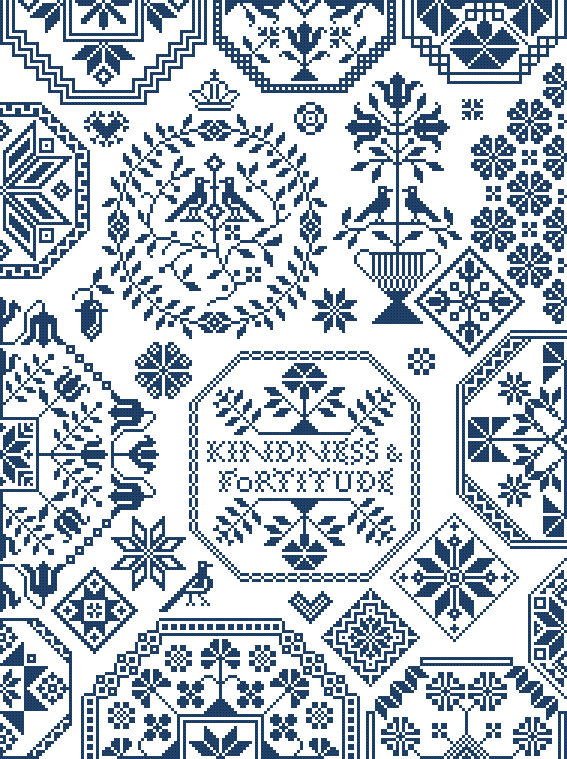 Quaker samplers keep fascinating me: there is something profoundly satisfying in designing these medallion filled samplers! The origins of the first medallion samplers is a bit of a mystery, as is the reason why they were filled with these designs.
One of the founding fathers of the society of Friends travelled through Europe in the 17th century, and it is possible that he saw examples such as the Vierlande embroideries in Germany, and the samplers found in the north of the Netherlands. Both types of sampler share many similarities with Quaker designs, though the latter often have a more playful and less strict character.
The medallions themselves follow strict rules however, and would have taught the stitchers not only the craft of embroidery, but would’ve forced them to think about applied maths also: the designs can usually be mirrored both at 45° and 90° angles.
My design features a selection of medallions and elements such as stars, a flower pot with birds, and other natural elements strewn around the sampler. I named it Kindness & Fortitude - inspiring words to live by that I don’t think would have been misplaced on an antique Quaker sampler.