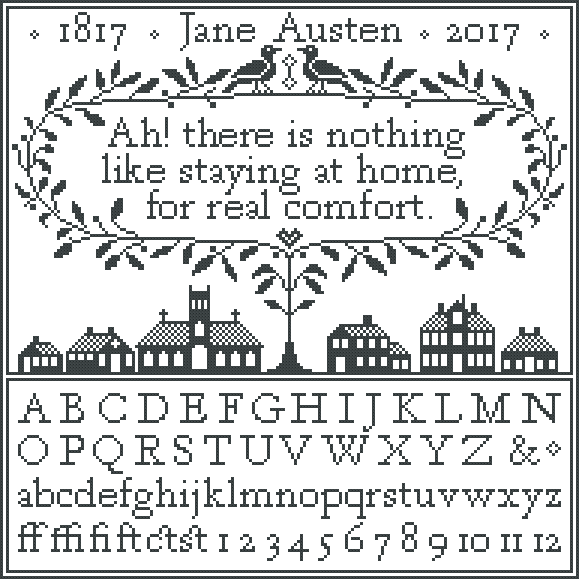 200 years ago, on July 18th 2017, Jane Austen passed away in Winchester, England, of an unknown illness. The daughter of an Anglican clergyman, Jane had been writing since she was seven, but did not publish her first work much later in life, when she had moved into a cottage in Chawton, Hampshire. This cottage is now what is known as the Jane Austen’s House Museum, and is open to the public.
I wanted to commemorate the 200th anniversary of the death one of the most loved English authors with a small sampler, which features the following quote: “Ah! there is nothing like staying at home, for real comfort.”
As a needleworker, many will identify with this quote from Emma - Jane’s last novel to be published during her life- time. As a remarkable needlewoman herself, I would like to think that she’d take pleasure in this simple but elegant little sampler for which I have borrowed her words, and I hope you will too!